is a character created and performed by Graham Hidderley/Burgess

'a grandfather, marketing maven, and actor'

( described thus in The Boston Globe )

Graham is also credited with coining the expression

As an actor he has appeared on

As a marketing executive he has delivered thousands of presentations

from one-on-one through to audiences of several hundred

As a grandfather he enjoys entertaining his four grandchildren and

their friends, as indeed he always did with his own three daughters

( His youngest daughter occasionally appears with him

As James Boffin he has performed for

Other characters created for the whole Secret Science Agent pastiche are

All operating under the auspices of the Science Headquarters Organisation 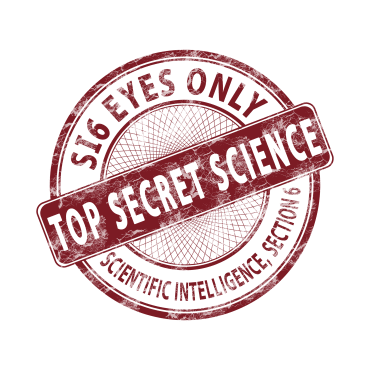 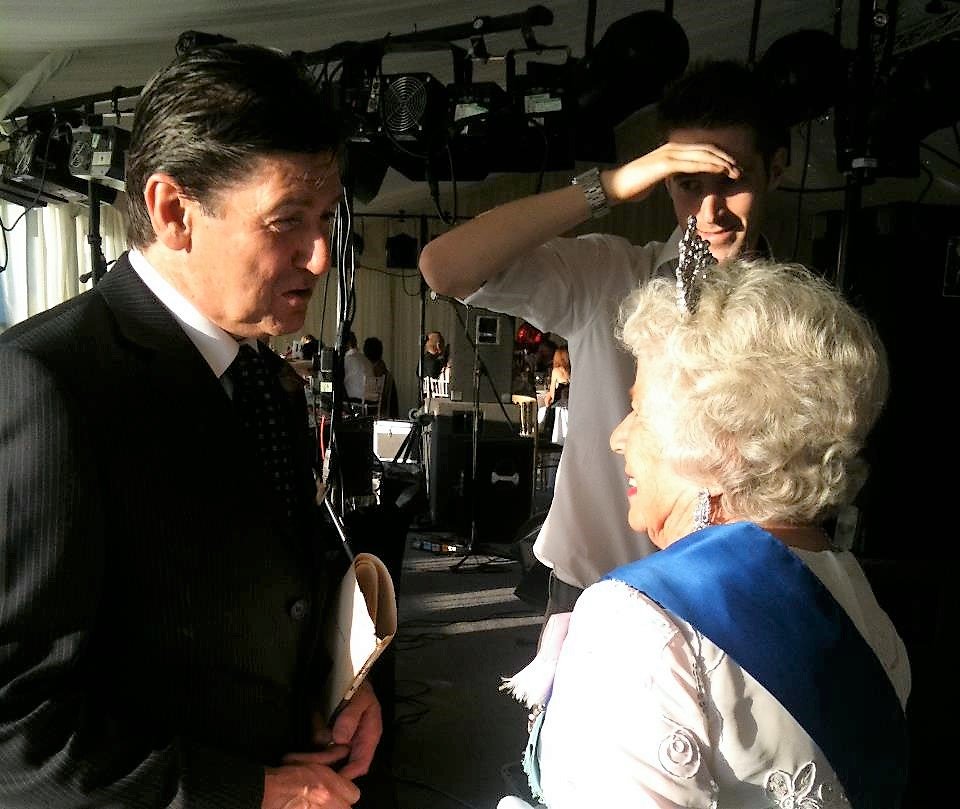 On set with Boffin Girl Ma'am 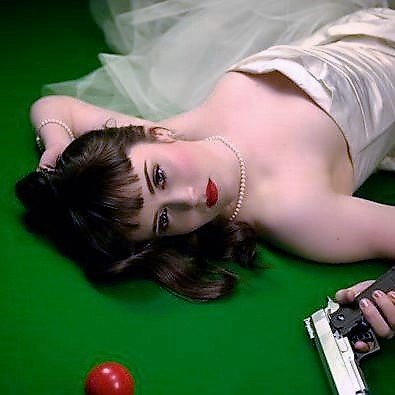 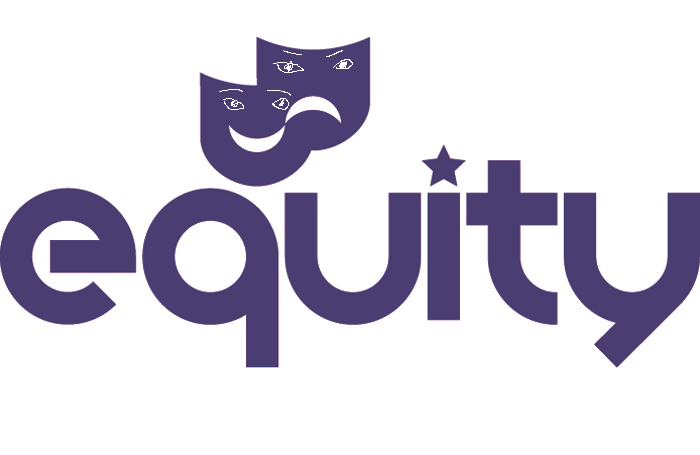 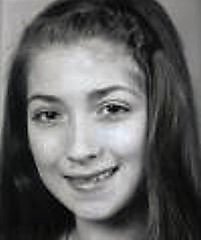 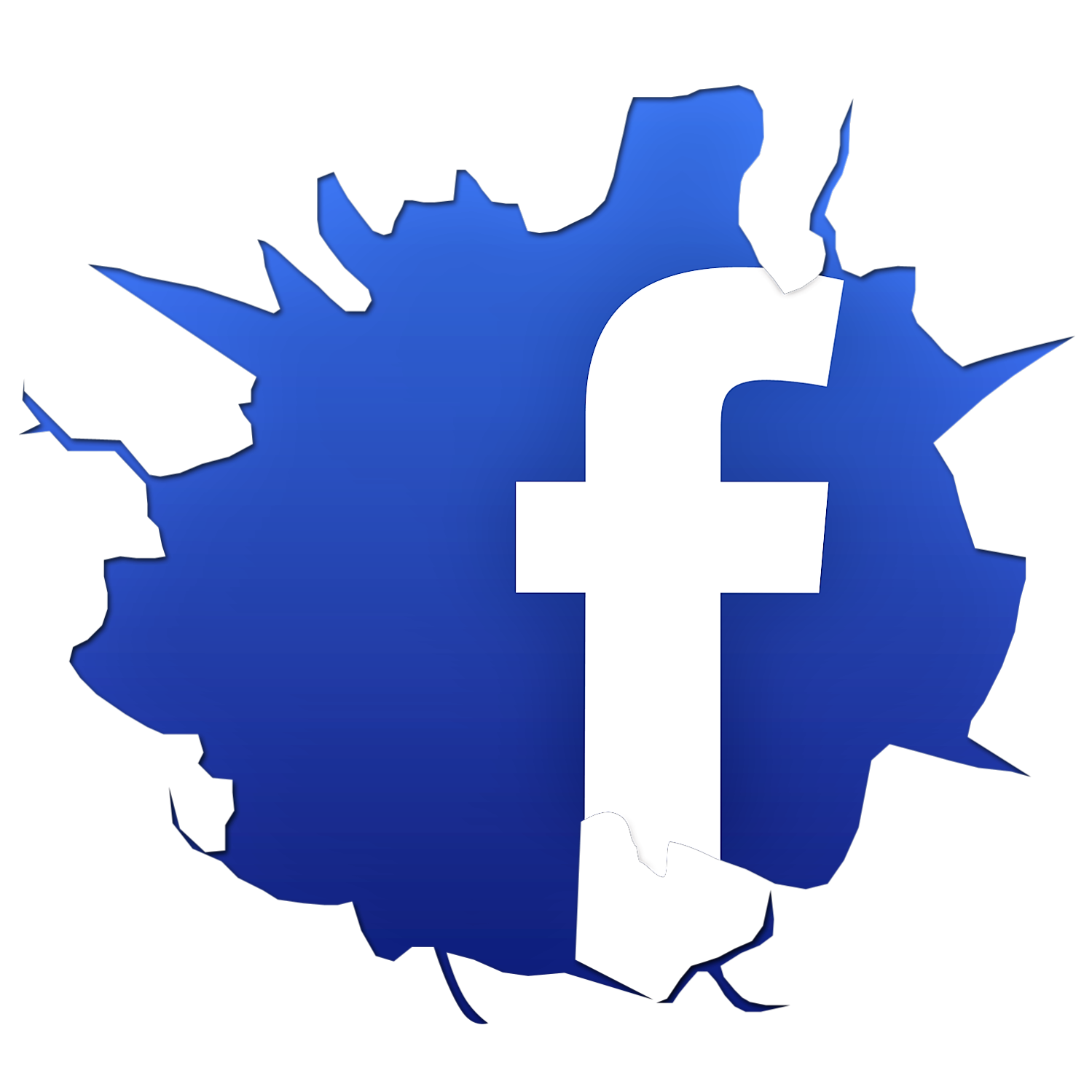 "We've been expecting you, Mr. Boffin." 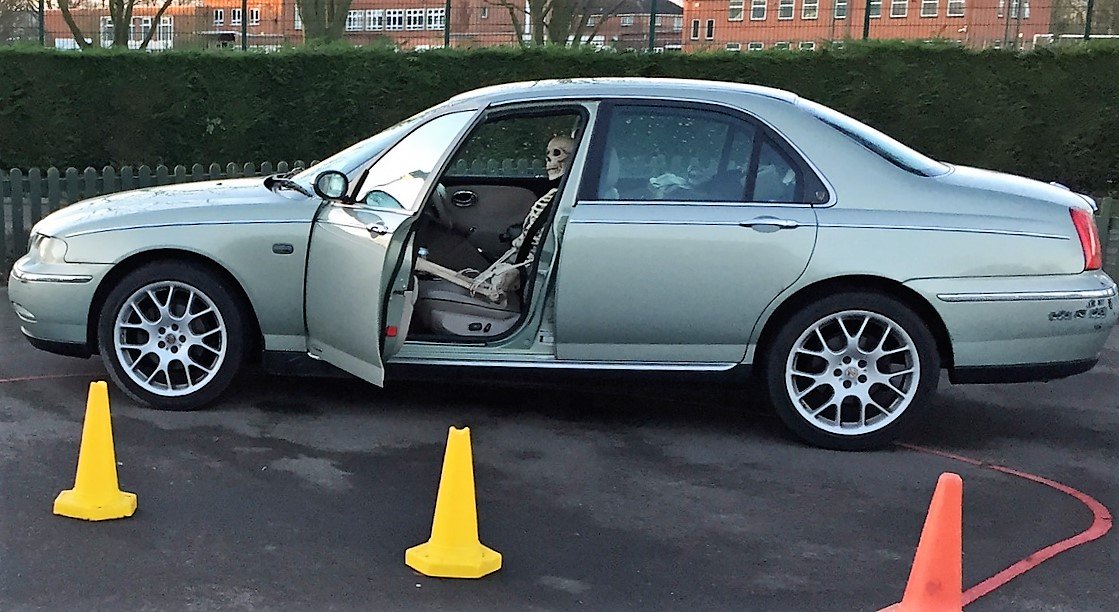 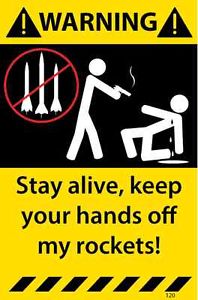 UU7 Undercover In Disguise! Join Him Pottering About In A SnapeClass! 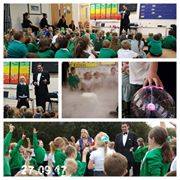 They said it was the best day ever. 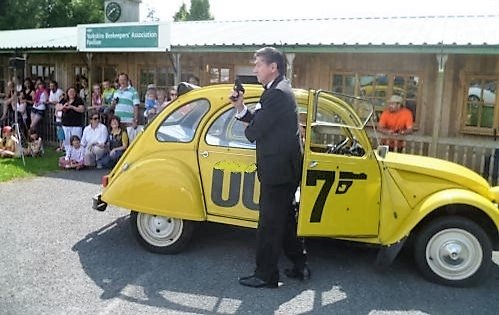 The whole school, children and adults alike, thoroughly enjoyed the activities of the day. Every single child had a positive comment to make. 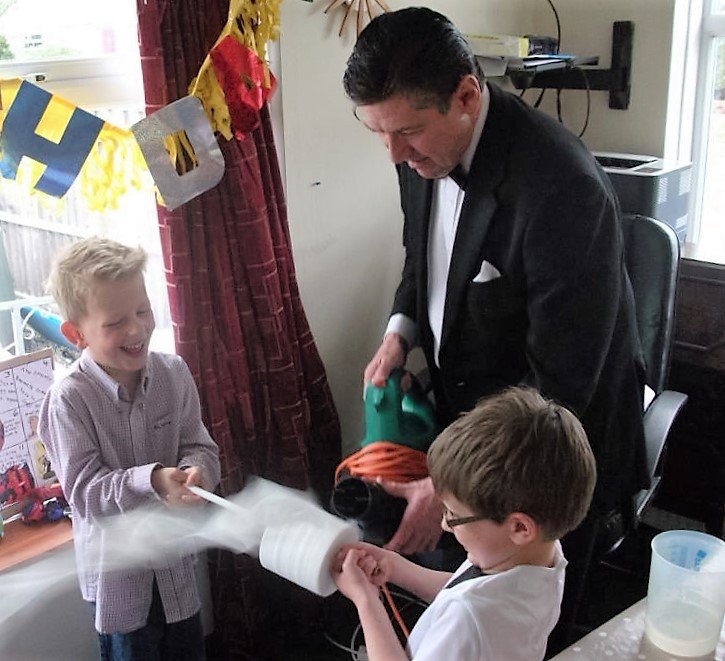 Thank you so much for a truly brilliant party - all the children were talking about it at school yesterday (and the parents). 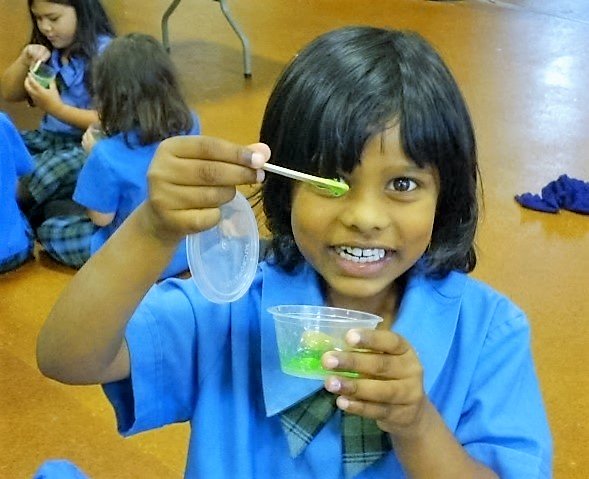 The children absolutely did have a great day and it certainly sparked an interest in Science for many. It is clear to me, as it was to the rest of the staff, that you are passionate about Science and teaching these exciting things to children. 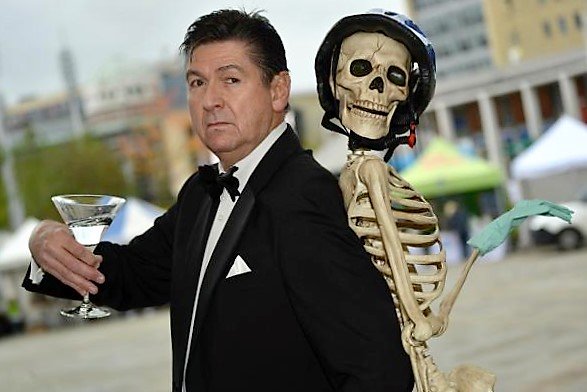 ​Thanks James, for all your work on the day. You really animated the Bradford Science Festival and the evaluations are all very positive.

Thank you for all the wonderful work you have done with the children over the last two days. It has been fantastic to see the children's excitement and engagement in the world of science. The adults have been totally engaged too!! 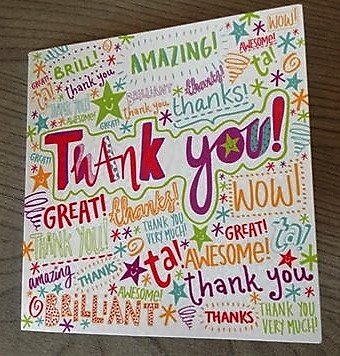 Attended a great party on Saturday - James Boffin you really entertained the children - loved the James Boffin persona/stories and the experiments. Highly recommend if you are thinking of a children's party idea or a school event. Thanks James 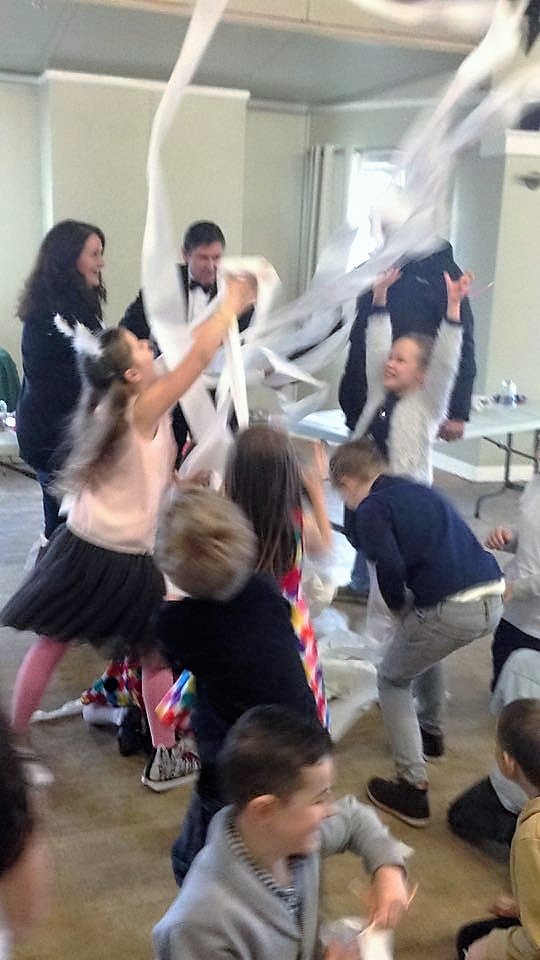 Dear James, thanks for a wonderful, fun-filled and exciting two days of science extravaganza! The children have had a fantastic time learning about various scientific concepts in a fun way. The dry ice workshop was a real wow moment and the final rocket launch was a definite crowd pleaser! The assembly was amazing. It was a pleasure having you at our school. 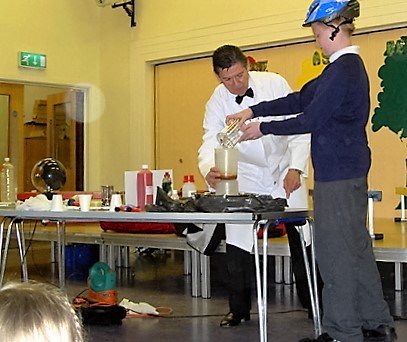 I would like to say how much our children enjoyed James Boffin at our youth club last night. James entertained around fifty 4-8 year old children and they were all mesmerized by him, as were the thirty 9-15 year olds. The kids were all laughing and shouting their little heads off. The feedback from the parents the day after was fantastic. Apparently their little ones raved on and on about all the experiments that he had showed them.